The squirrel species is spread all over the green spaces of London. When I first encountered this animal in England, I found its fur very strange as it looked almost fluorescent to me. The way the squirrels move so quickly and in the form of waves is absolutely unreal. It might be that this ability is facilitated by their small fingers. They also have a long moustache, not as curvy as Dali's moustache though. The squirrels live inside my imagination as luminous alien creatures. I honestly wonder if they don't come from Saturn. I met these specific ones at Peckham Rye Park. 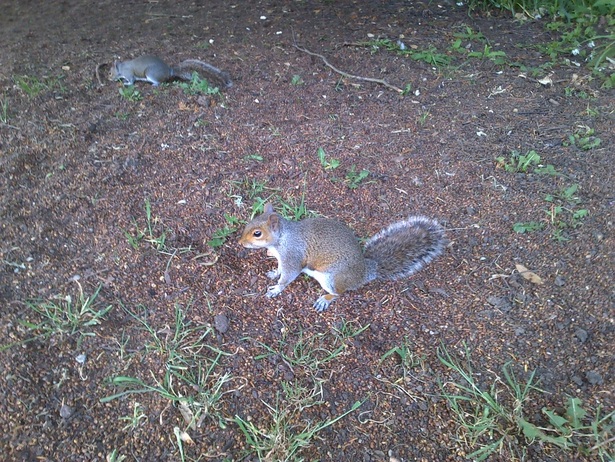